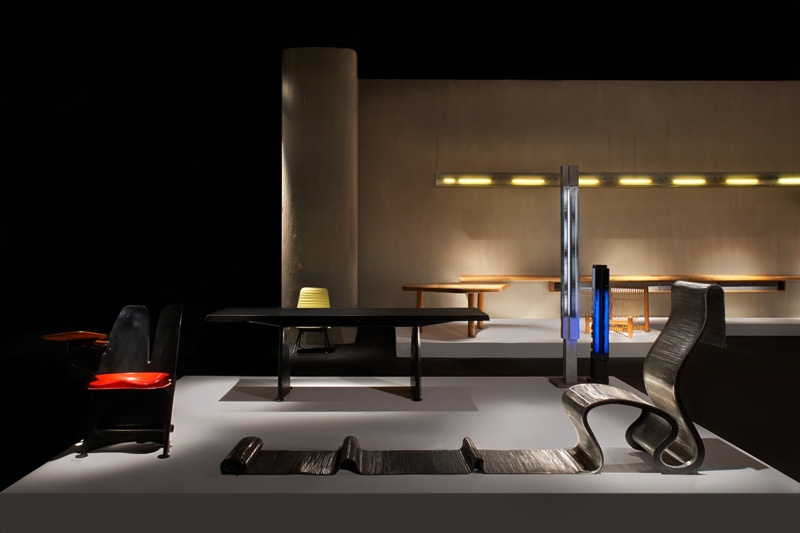 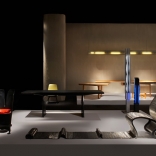 When François Laffanour opened Galerie Downtown on the rue de Seine in 1982, he showed the work of Jean Royère, Mathieu Matégot, Charles and Ray Eames and George Nelson. He swiftly realized that the importance of the work of Le Corbusier, Jean Prouvé, Charlotte Perriand and Pierre Jeanneret also had to be recognized along with an in-depth examination of their careers.

These fascinating figures thought and created as architects, designers, craftspeople and industrial manufacturers. At one time overlooked, their rediscovery is largely due to the patient but unflagging work of Laffanour, whose reputation has henceforth been associated with architects’ furniture.

He managed to acquire the archives of the Steph Simon Gallery, which produced and sold the works of Jean Prouvé and Charlotte Perriand between 1956 and 1974, and was an invaluable source of information. Just like the Steph Simon Gallery, Galerie Downtown exhibited Serge Mouille’s lights and Georges Jouve’s ceramics, which provide a powerful accompaniment to furniture.

A gesture, a thought, a creative sensibility, a certain poetry, a spirit of their time -all help to explain the choices made by Laffanour with regard to the works of Ettore Sottsass, George Nakashima, Takis and Choï, whom he also exhibits, as along with the architect and designer Ron Arad, who has  been represented by Galerie Downtown since 1994.