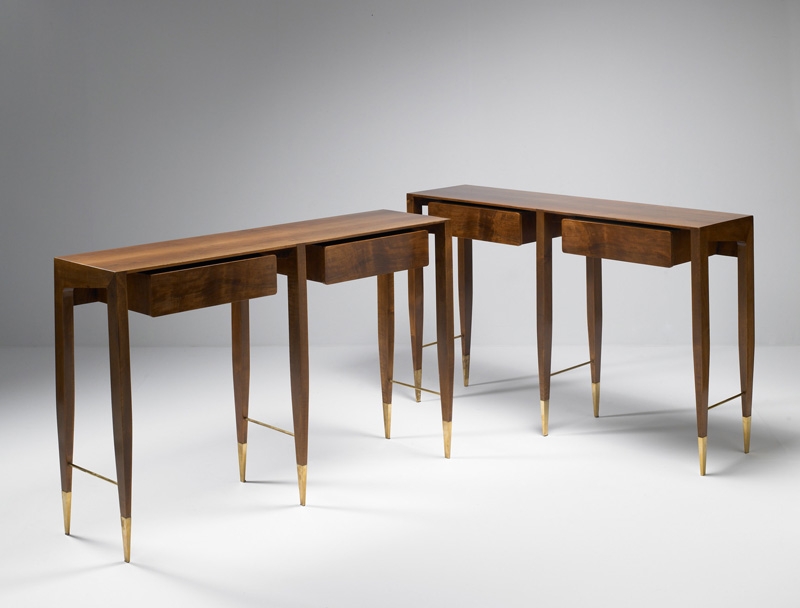 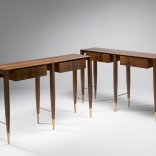 Beginning in the late 1990s, the gallery carved its own space and has become the reference point to lovers of historical design and people following the evolution of contemporary design. Gallery founder Nina Yashar works with her sister Nilu and a team of five people.

Nilufar has its own small manifesto, composed of three words: Discovering, Crossing, Creating.

Discovering/ Novecento is the century of design, a source of extraordinary stories and objects which will be dealt with again for a long time, waiting for the right time to emerge from oblivion. According to Nilufar’s vision, modern antique dealing is an old definition. It is necessary to shift towards a concrete definition, searching for names, projects, schools, manufacturers, countries making history and deserving to be proposed again.

Crossing/ The history of taste is a never-ending exercise of decomposition and re-composition, just like a kaleidoscope. This continuous joining together of pieces and traditions houses an open eye, heedless of labels, able to cross fences created by time, geography and cultural matrixes, aware that assonances?? and contrasts can be two sides of the same coin. This is the idea of Crossings, the name of two successful exhibitions Nilufar held in 1999 and 2000, a true invitation to build new visions ofthe world, being far more personal and free.

Creating Milan is an interesting lab and a privileged point to observe the euphoric and restless scene of design. Nilufar gives life to projects,  editions, site-specific shows and publications, working both with great masters and emerging authors. Nilufar discovers new talents and obtains new spaces, filling them with value for the future. Here in Italy we know how to do it: the Renaissance was born here!