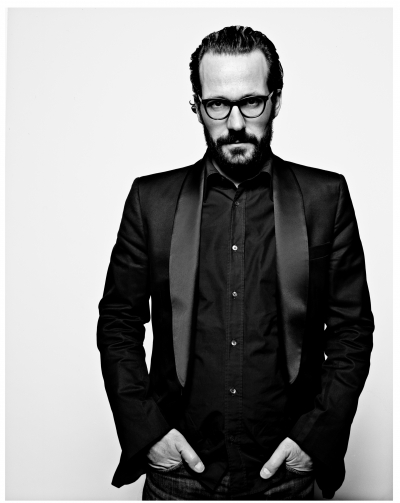 When the first-generation Audi TT was launched in 1998 it instantly became a design icon. Its strictly geometrical, formally coherent design language made it an icon with huge charisma. The third generation of the compact sports car is again captivating, with its emotional design and dynamic qualities. The new coupé, which will be presented in Basel, is characterized by the use of innovative technologies in its engine and in its control and display concept – with the introduction of the Audi virtual cockpit.

The installation is using real elements of the Audi TT, such as the rear hatch, and is designed to be assembled and dismantled as required. Mounted on stilts, it could be sited in an urban landscape as well as in a natural outdoor environment.

Konstantin Grcic is one of the most influential designers of our time. Serious and functional, unwieldy and occasionally disconcerting, his works combine an industrial aesthetic with experimental, artistic elements.

His works form part of the permanent collections of the world´s most important design museums.

Audi is also proud sponsor of Konstantin Grcic’s largest solo exhibition Panorama at the Vitra Design Museum near the city of Weil am Rhein (on view through September 14, 2014).

Audi has continuously shown its commitment to design and innovation through insightful commissions with designers and architects including Tom Dixon, Moritz Waldemeyer, Bjarke Ingels, Clemens Weisshaar and Reed Kram, among others.