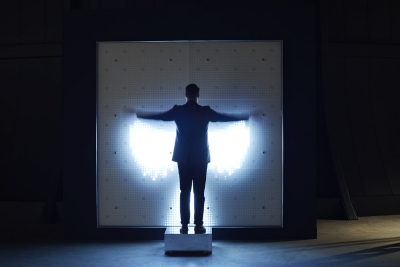 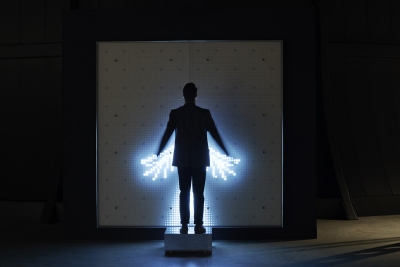 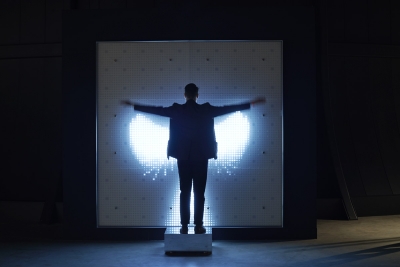 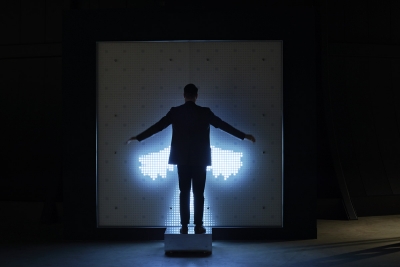 A pioneer of interactive digital art, Dominic Harris opens up advanced technology to human experience and elicits warmth, surprise and wonder from seemingly unemotional resources. For Ice Angel, the viewer moves his or her arms in front of a 3D camera, and custom software dynamically translates that movement onto a screen comprising 6,400 white LEDs. Harris describes the resulting image as “a performance portrait… experienced through the participation of the viewer who adopts the role of performer.” With solid white wings trailing the viewer’s moving arms, the images recall the angels made by children in the snow. Yet they also have a more spiritual dimension: the angel is almost but not quite human, simultaneously of this world and beyond it.

Dominic Harris was born in London in 1976. Trained as an architect at the Bartlett School of Architecture, he went on to found Cinimod Studio, a multidisciplinary design office whose activities range from industrial design and electronics to motion graphics and computer programming. His work has been exhibited at the Victoria & Albert Museum in London and in presentations in the Netherlands, Dubai and Hong Kong.