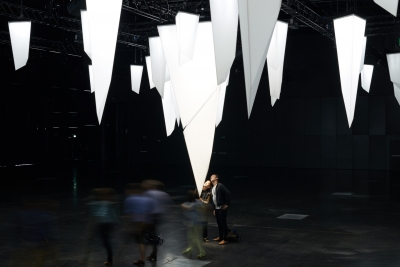 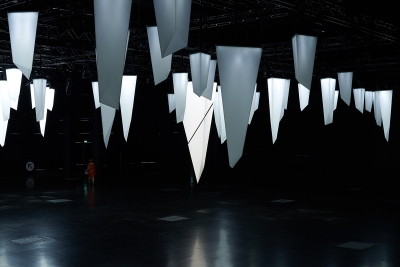 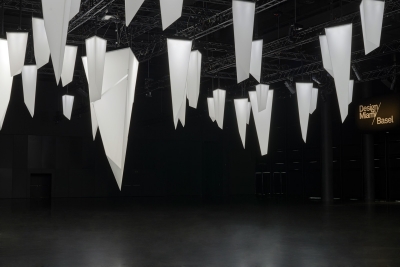 Triangular Series is a site-specific lighting installation composed of numerous, truncated tetrahedral forms. Each object is an individual. They can sense each other and the physiological rhythms of beings beneath them. Alien entities, their respiration is a movement of light. Like the cells in our hearts and the clocks on our walls their rhythms affect each other through the process of entrainment. The result is an emergent, undesigned dance of light from the ceiling swarm and triangular projections below.

Growing on the boundaries of human movement paths, they interact with the cohabitants of their space. Walk beneath them and you become part of a new, syncopated dialog—an autonomic communication with the other.

The lighting installation was realized through use of Perspex® Spectrum LED 1TL2.